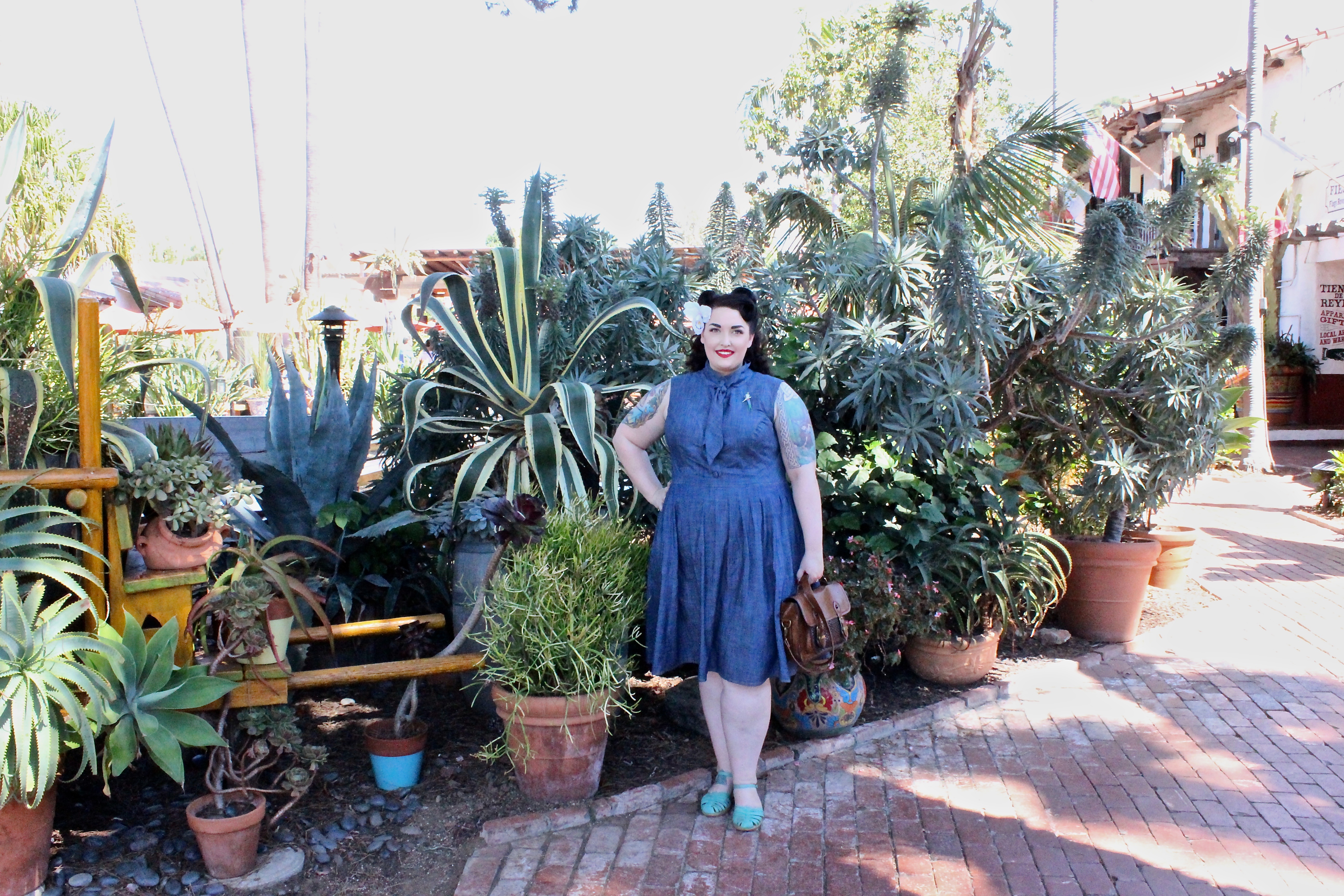 Vacationing in my hometown

**I’ve been trying to write this blog post since September of 2014, but life just kept getting in the way, so here it is….Finally** 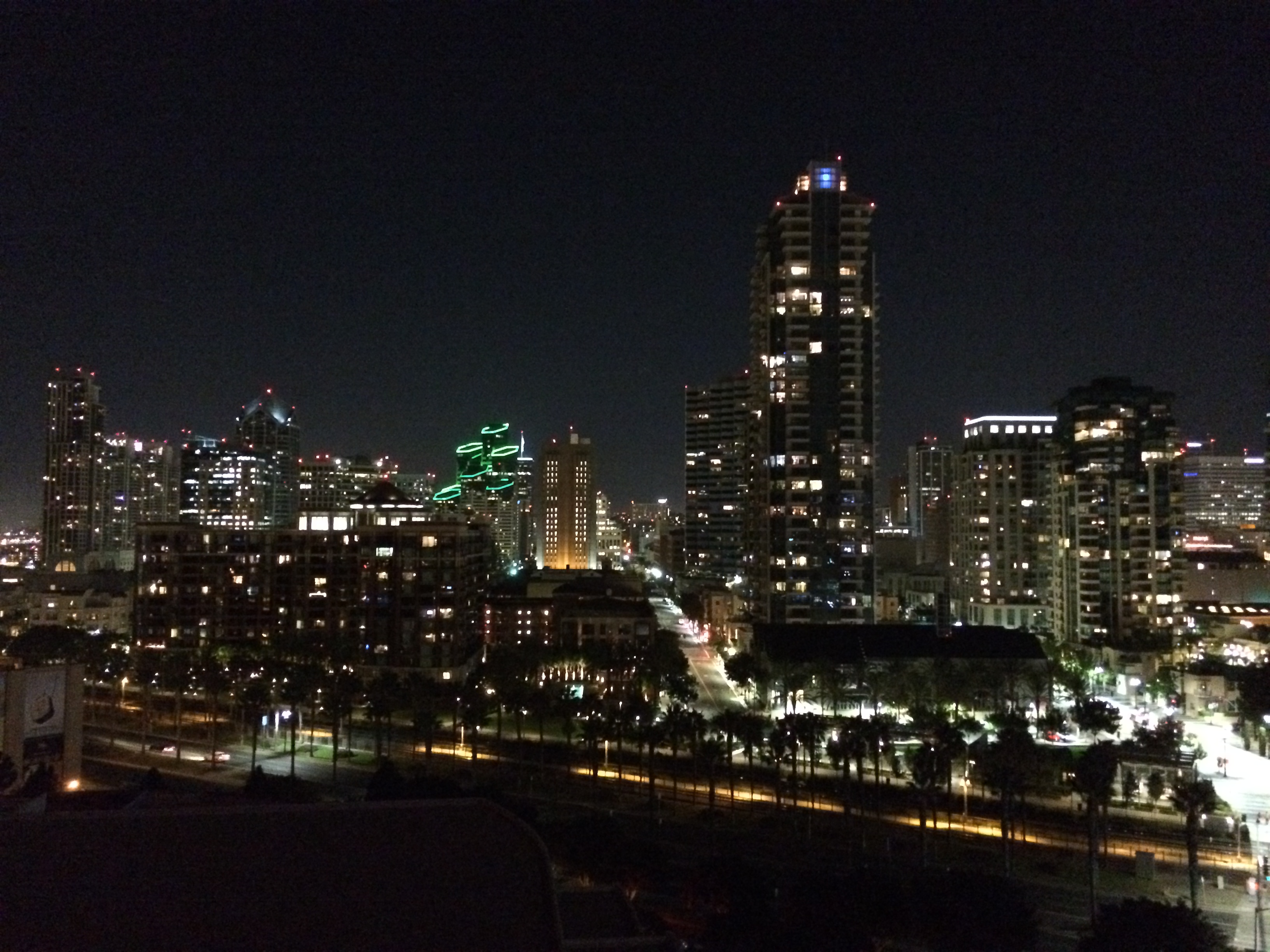 Last September we traveled back to my hometown of sunny San Diego for a quick vacation before we headed up to Anaheim to attend Dapper Day. I moved from San Diego about 10 years ago and at first I was happy to leave and see other parts of the country, but recently I’ve really started to miss my hometown. I’ve always heard the comments “why would anyone want to leave San Diego?”, and although we had A LOT of reasons for leaving San Diego, mainly financial (you really do pay a premium for the sunshine), I don’t regret our decision. I’ve been able to do things in my life that I would never have had the opportunity to do if we had stayed.

However, there will always be a part of me that adores San Diego and wishes we could move back. But alas, we are on the East Coast (for now) and we will have to settle for vacationing in my hometown.

For anyone who has left their hometown, going back to vacation is a real treat. I’m not talking about going back to see family or have obligations such as that, I mean really getting to know the city/town you grew up in and seeing for what it is. Of course San Diego is a tourist mecca and there are a lot of touristy things to do that locals don’t typically do, but I highly recommend taking it all in and learn as much as you can about where you grew up.

So here are some of the highlights on our trip. It was fairly hot, so we didn’t spend a lot of time outside, so unfortunately we didn’t get a lot of photos outside.

Our first visit was to Old Town. One of my favorite places, it’s considered the “birthplace” of California. San Diego is the site of the first permanent Spanish settlement in California. It was here in 1769, that Father Junipero Serra came to establish the very first mission in a chain of 21 missions that were to be the cornerstone of California’s colonization. I’ve visited several California Missions, and some day I’d love to make a trip up the coast and visit them all. Old Town is very much a tourist spot, because of the history and it’s beauty and if you visit on a weekday, it can be very a pleasant and quite place to walk around. 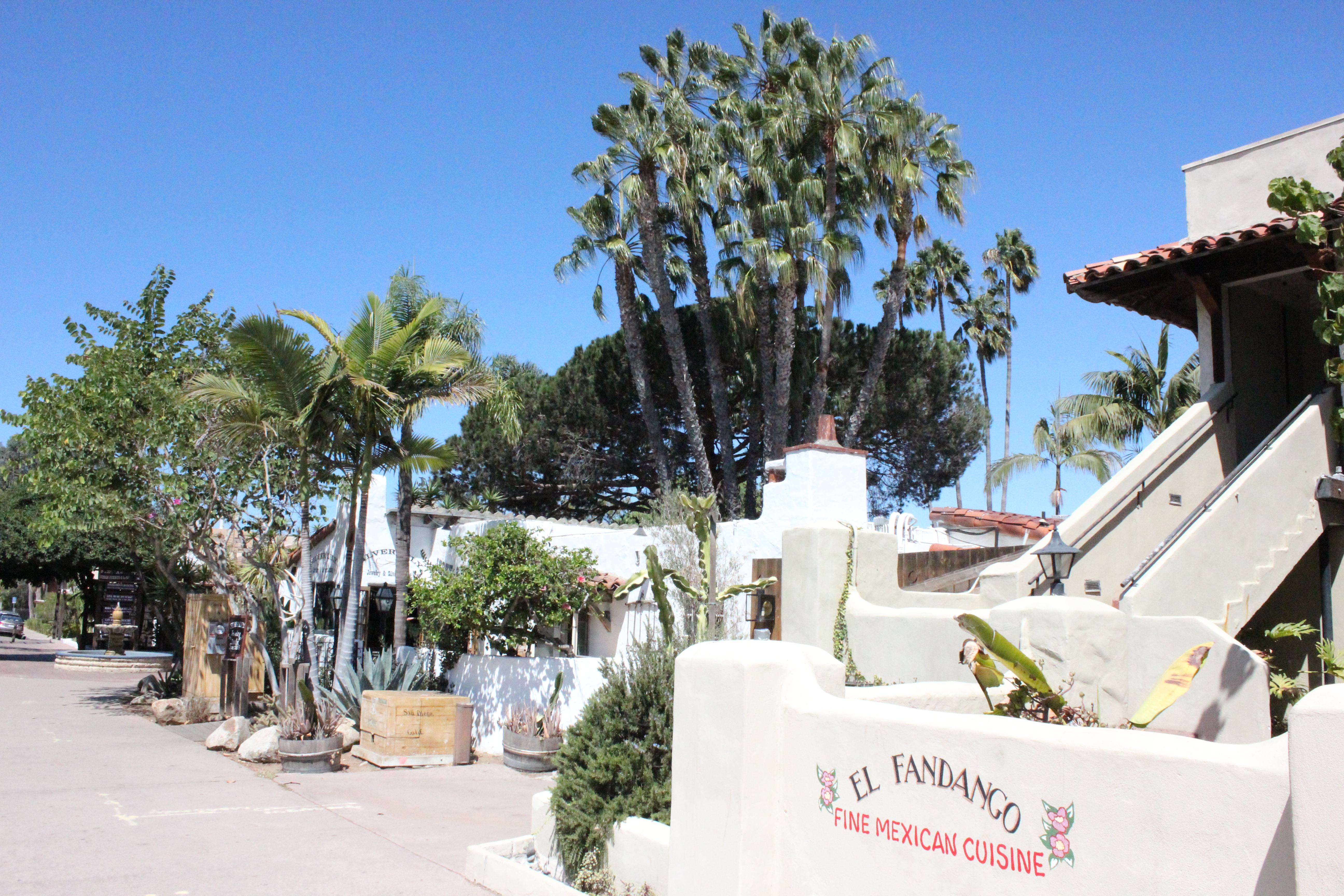 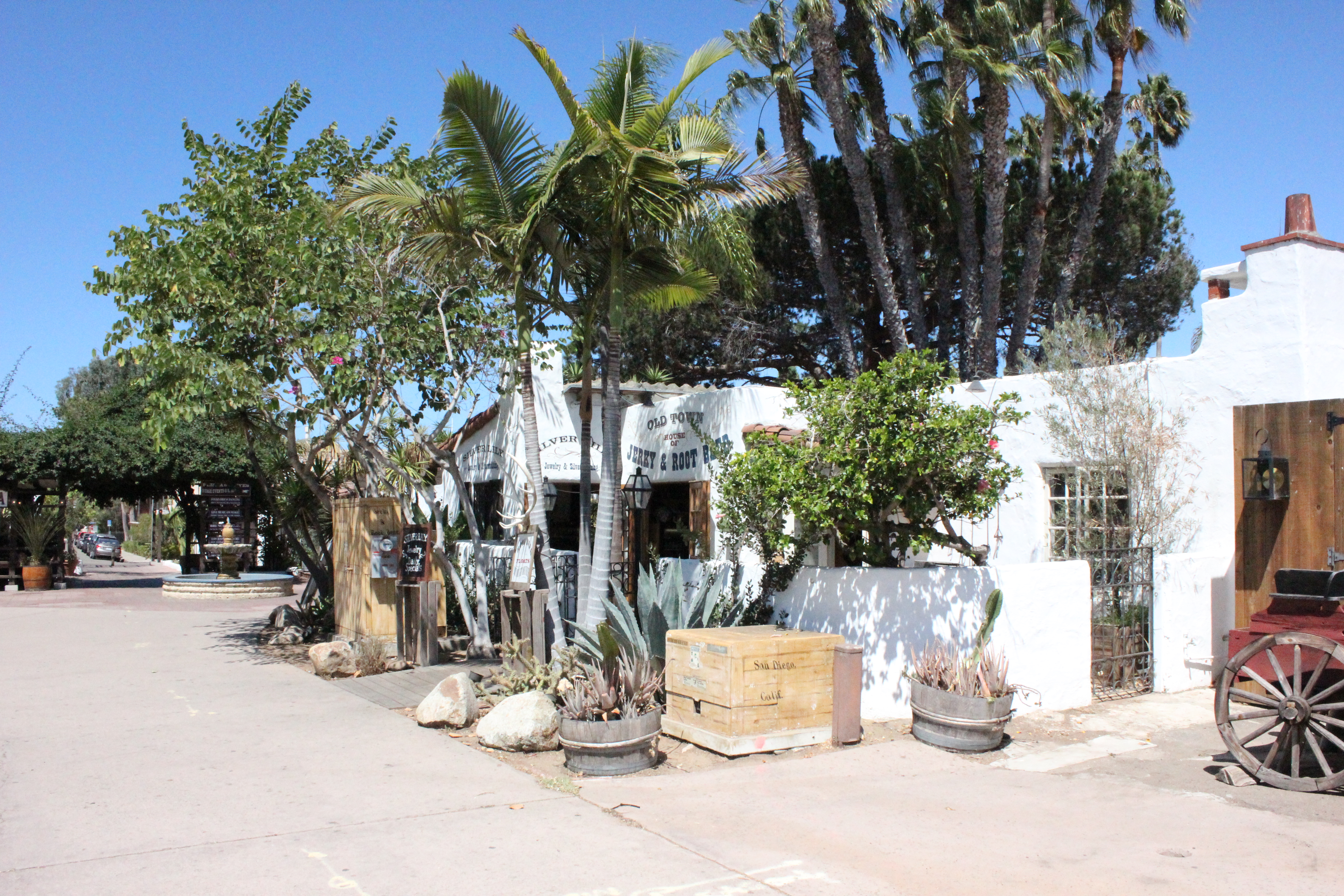 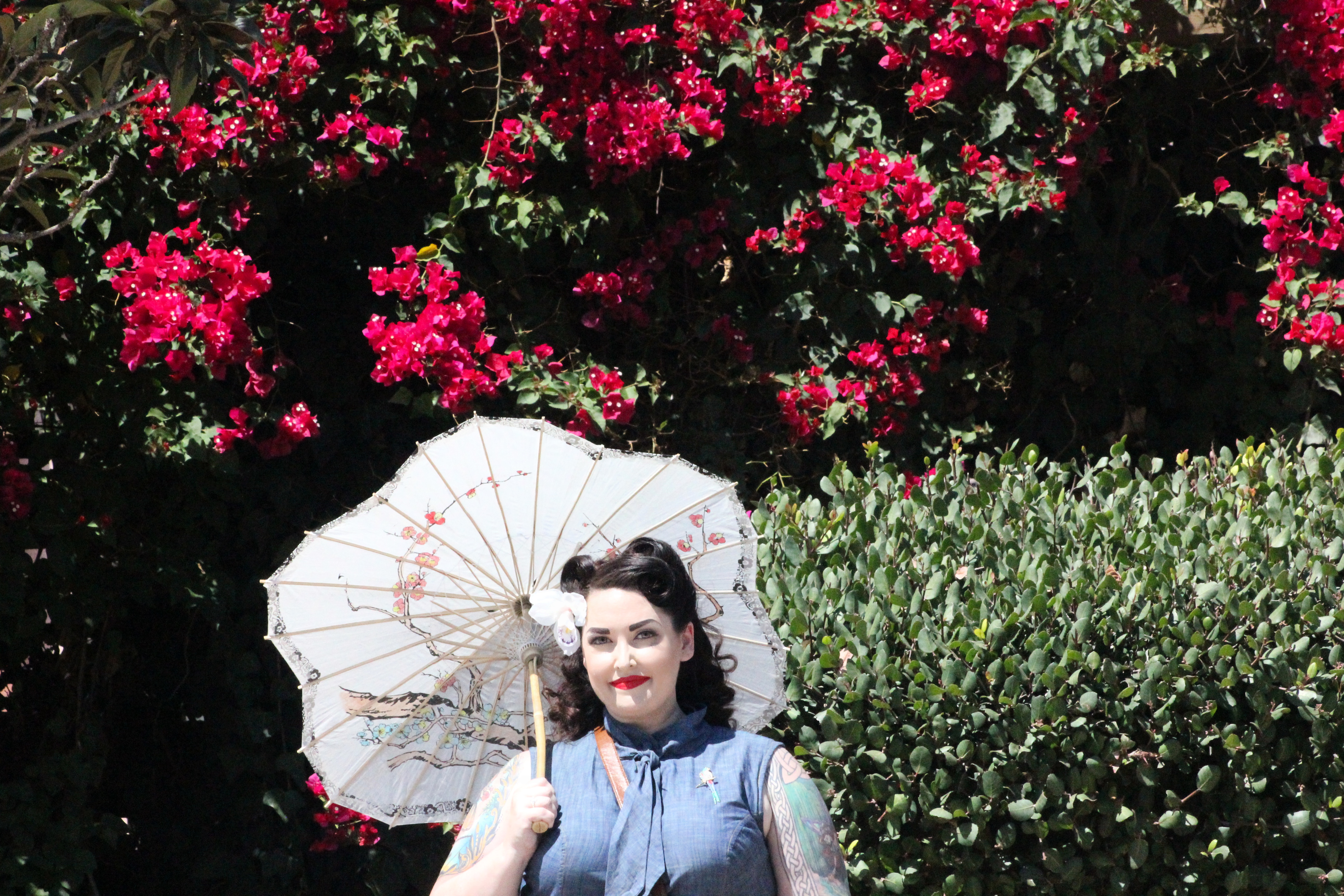 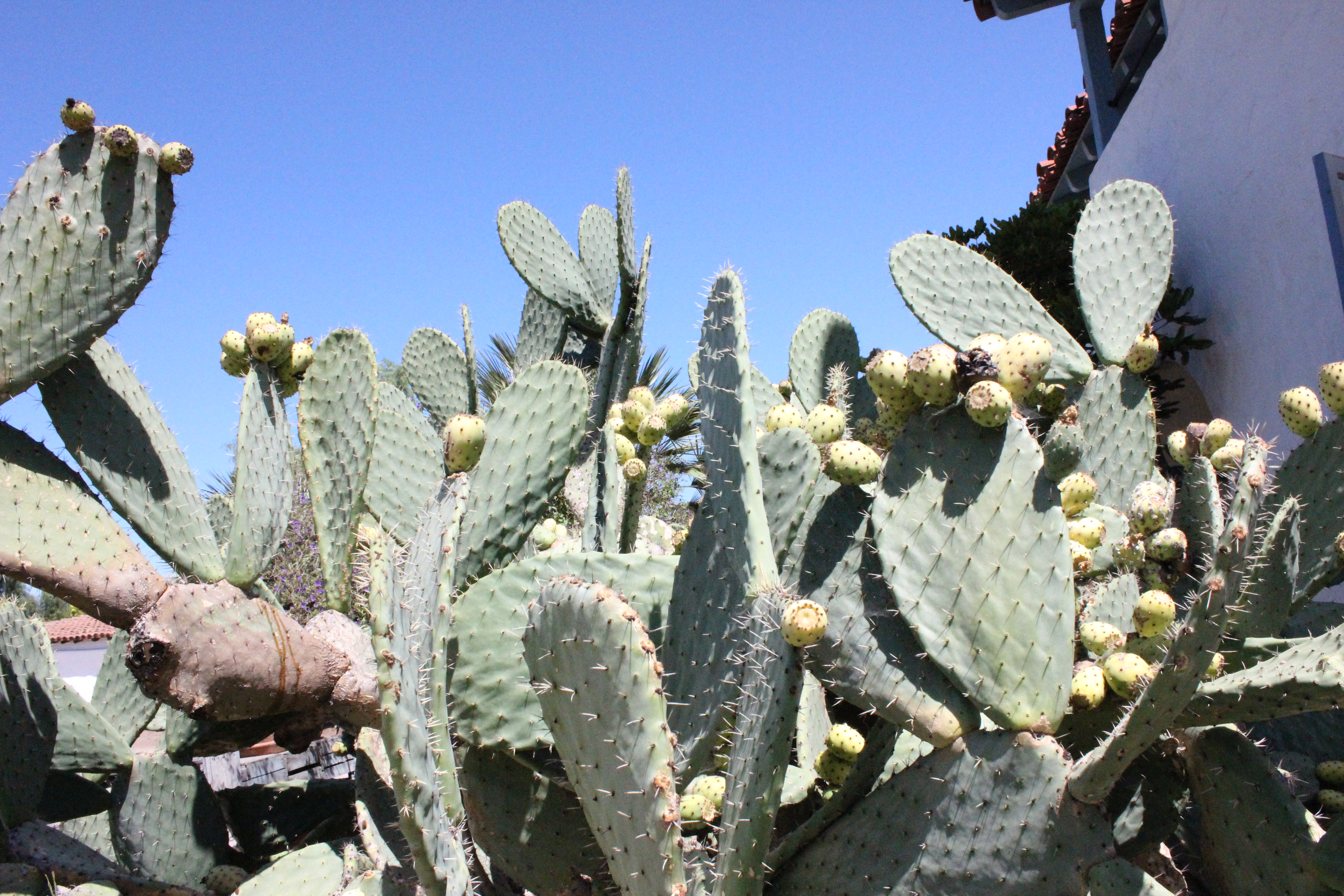 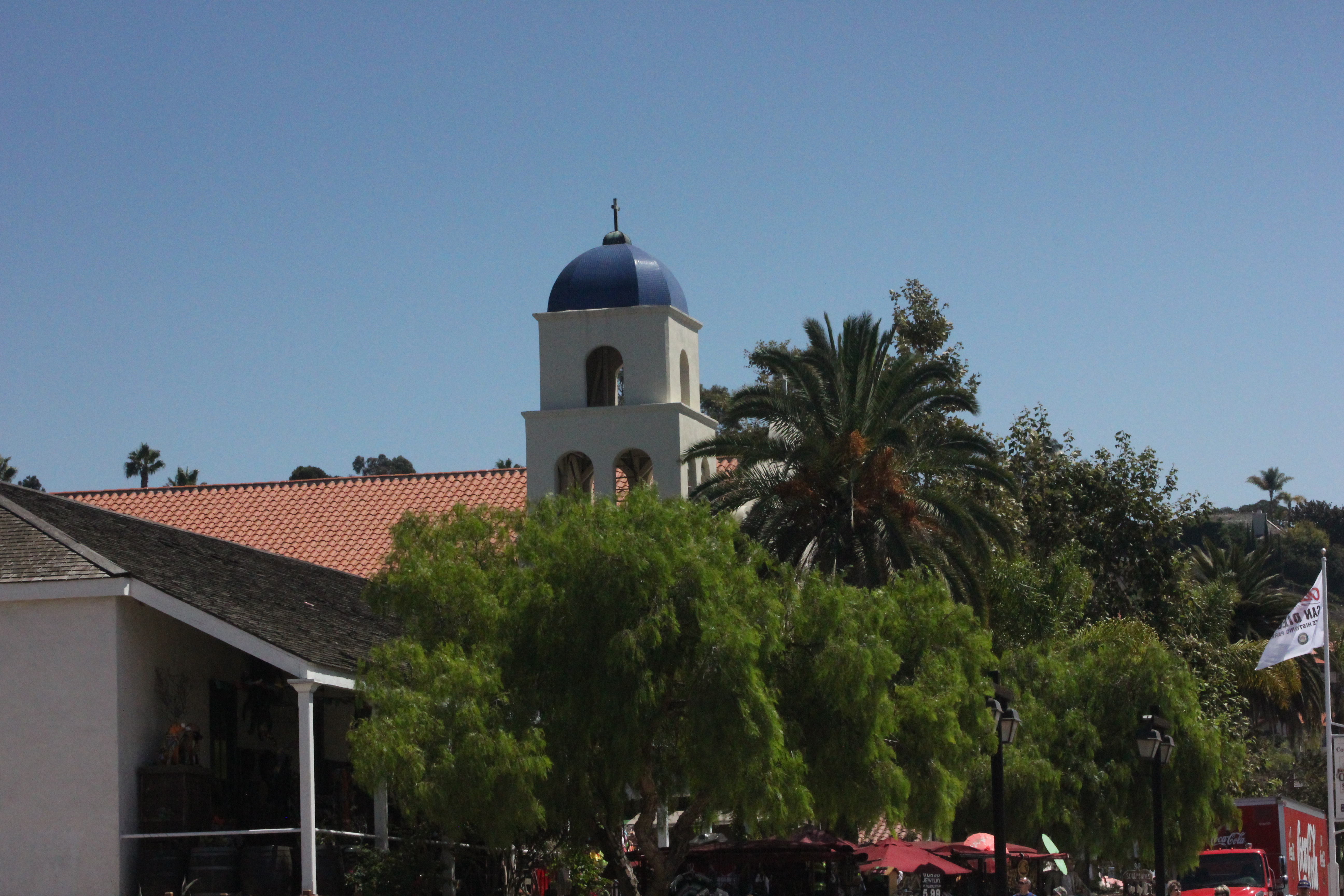 Next is my favorite spot in Old Town. This is the Whaley House, or the backside of it. It was the home of Thomas Whaley and his family, at various times throughout history it also housed Whaley’s general store, San Diego’s second county courthouse, and the first commercial theater in San Diego. The house is cited as “the most haunted house in America.”

The whole area round The Whaley House is so tranquil and serene, I would come and sit here and read a book or sip tea for hours. 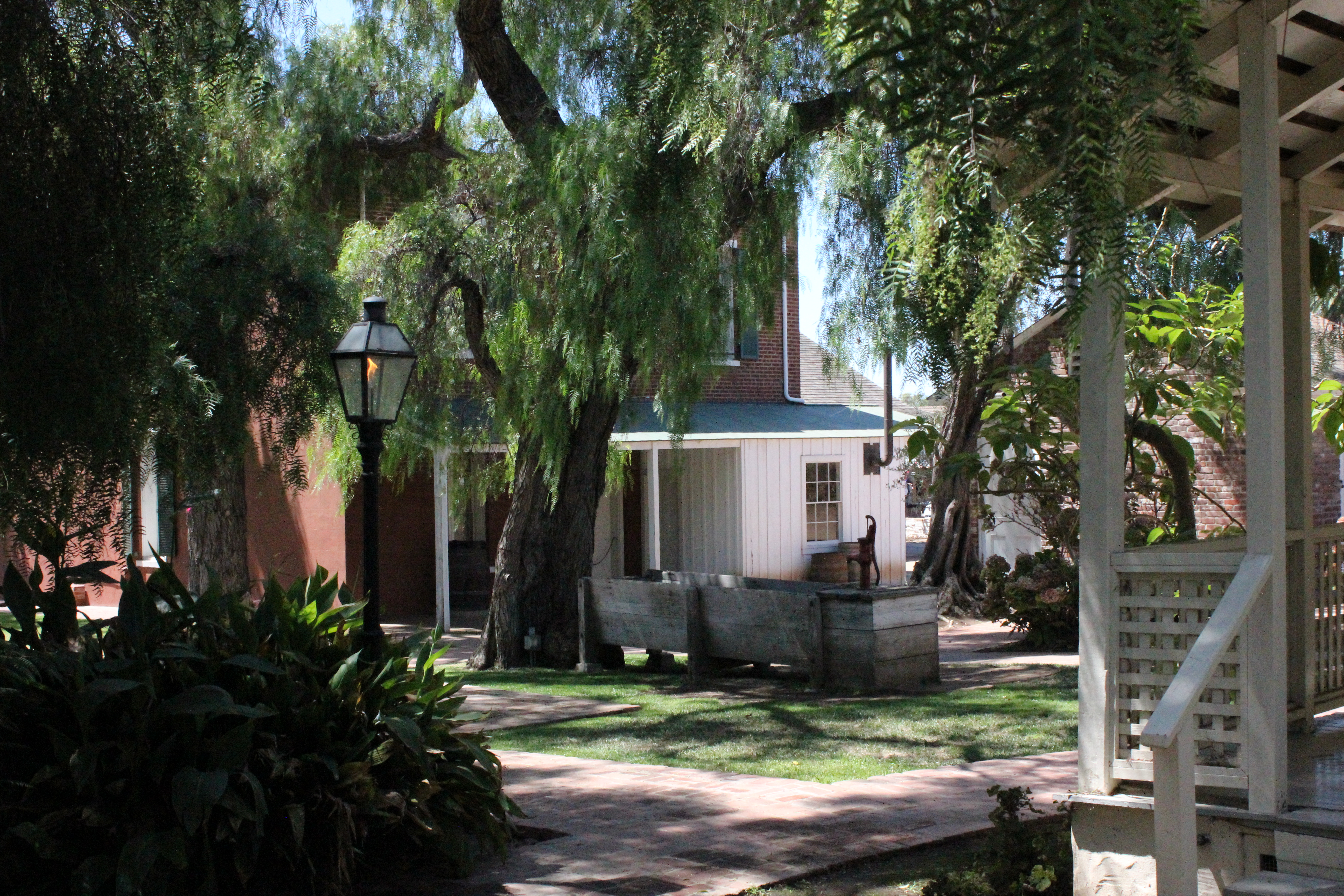 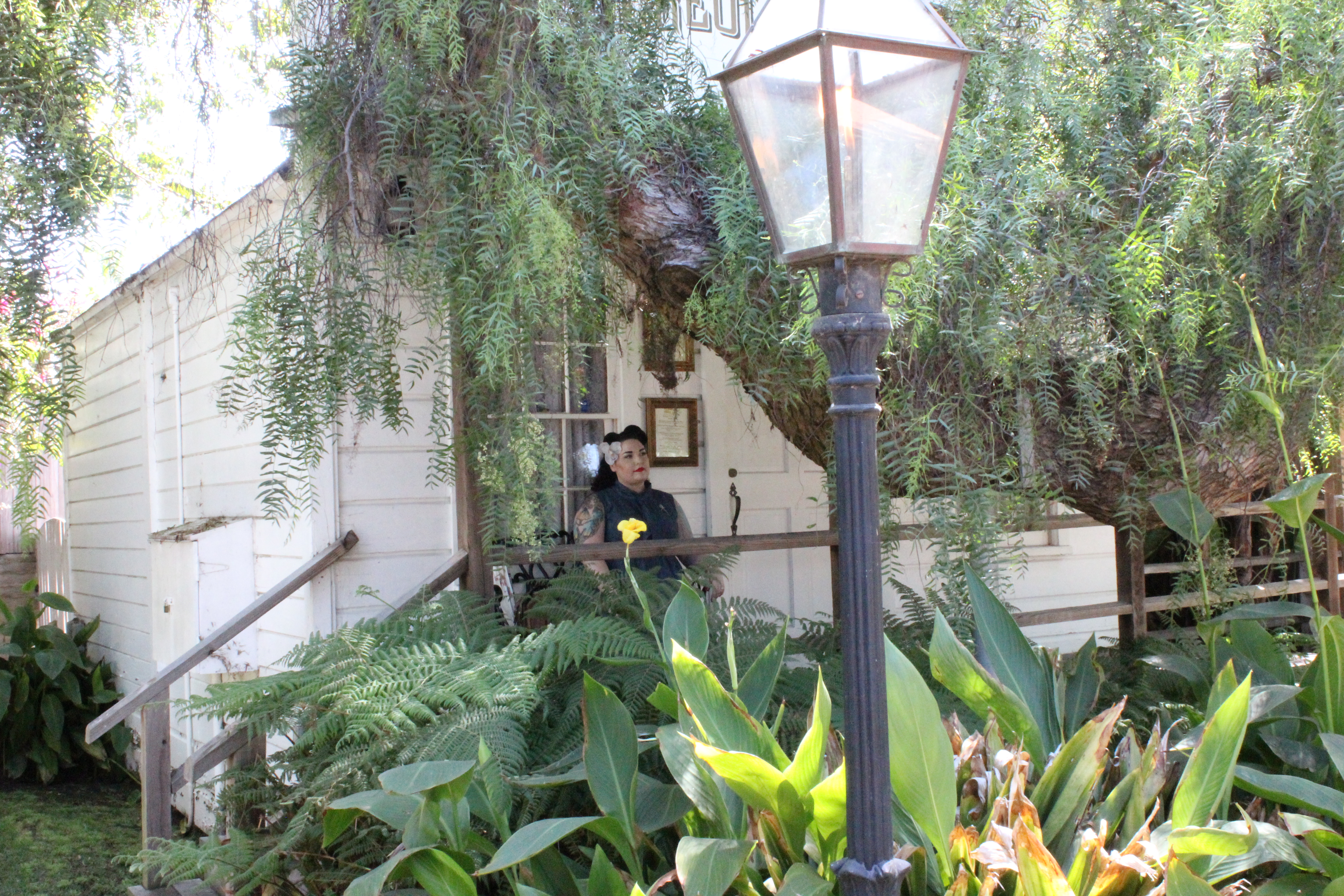 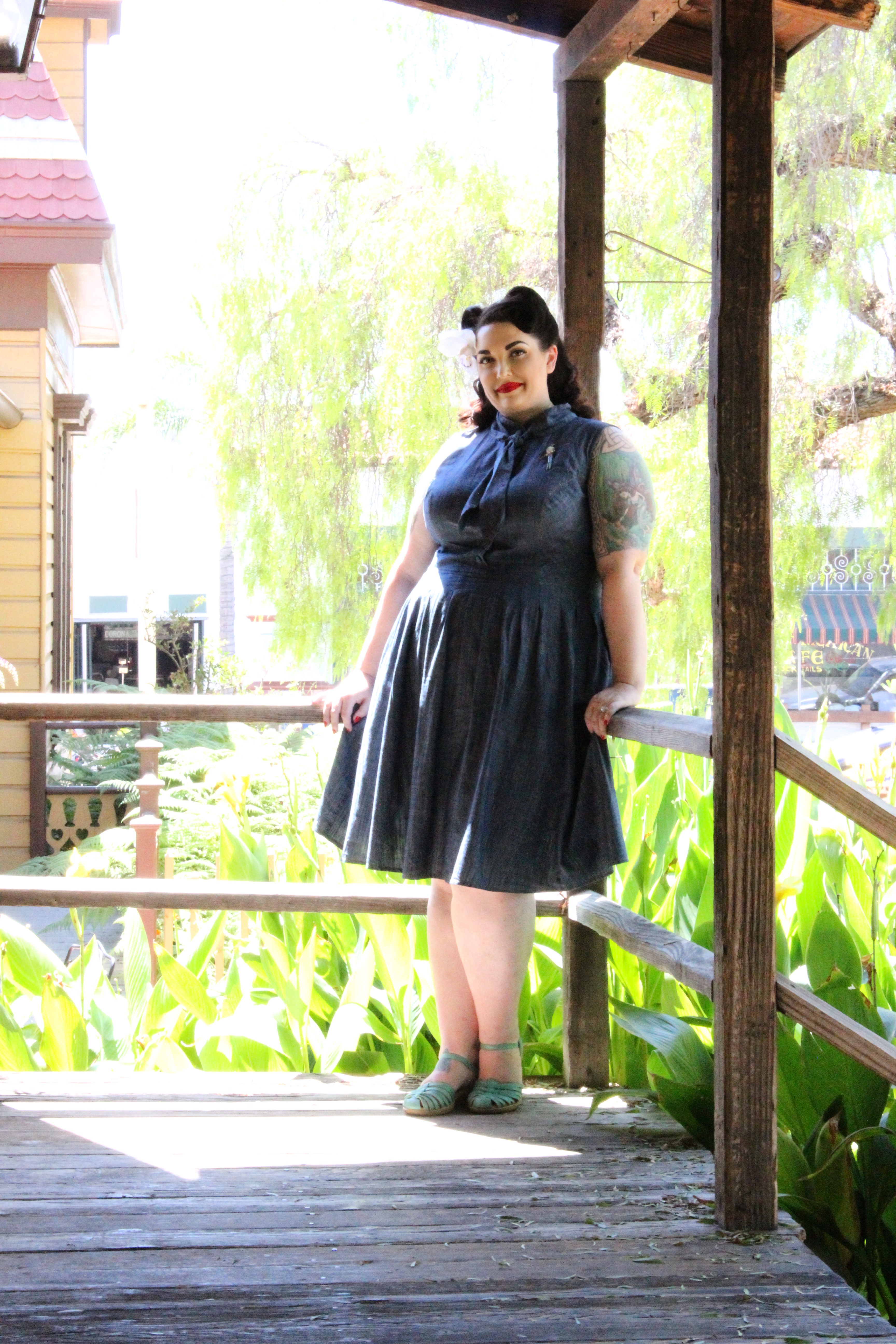 My other favorite place to spend time is Balboa Park. I would come here on the weekends or after work and just walk around or sit in some of the gardens and just be. It spans 1,200 acres in the heart of San Diego and houses museums, theaters, greenbelts, restaurants, walking paths and also houses the World Famous San Diego Zoo.

It was built in 1868 as a park for San Diego residents. Then in 1915 it was the site of the Panama-California Exposition to coincide with the opening of the Panama Canal.

Balboa Park was used as a barracks and training ground during both World Wars and was used as an extension to the nearby Naval Medical Center. 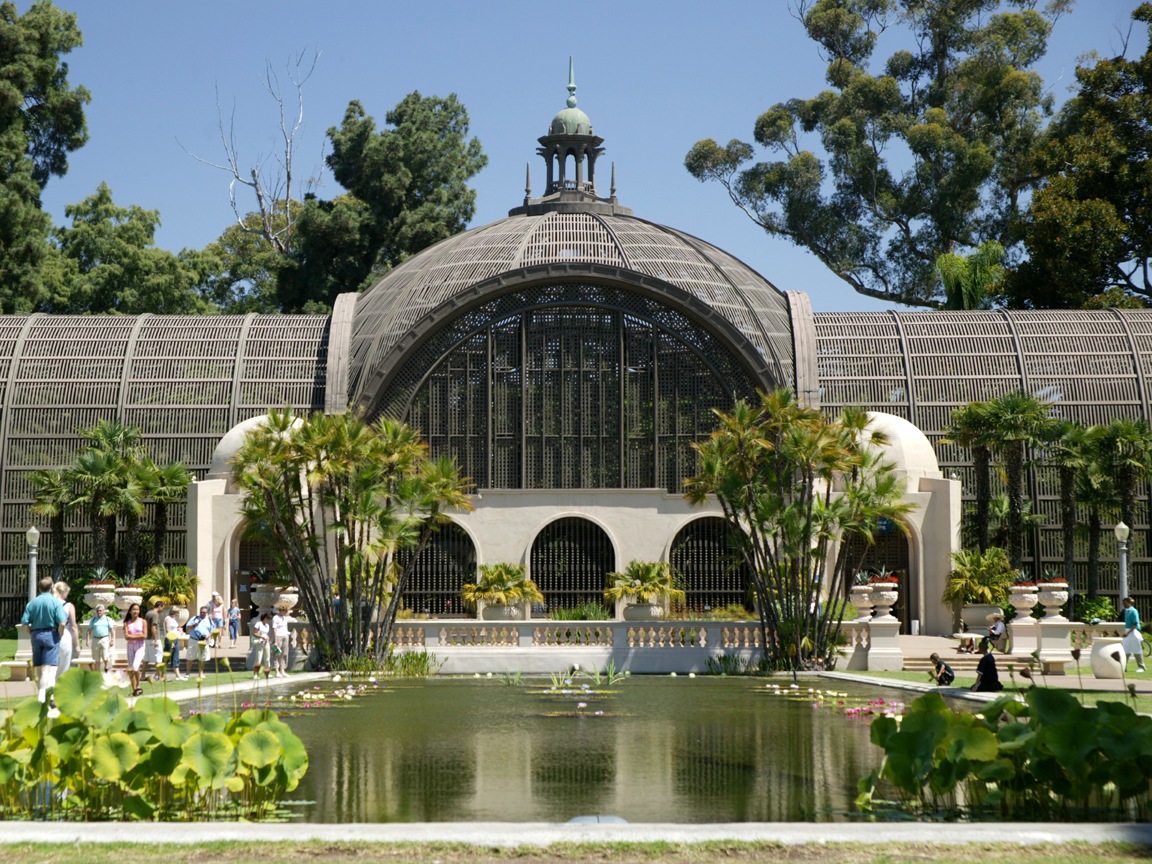 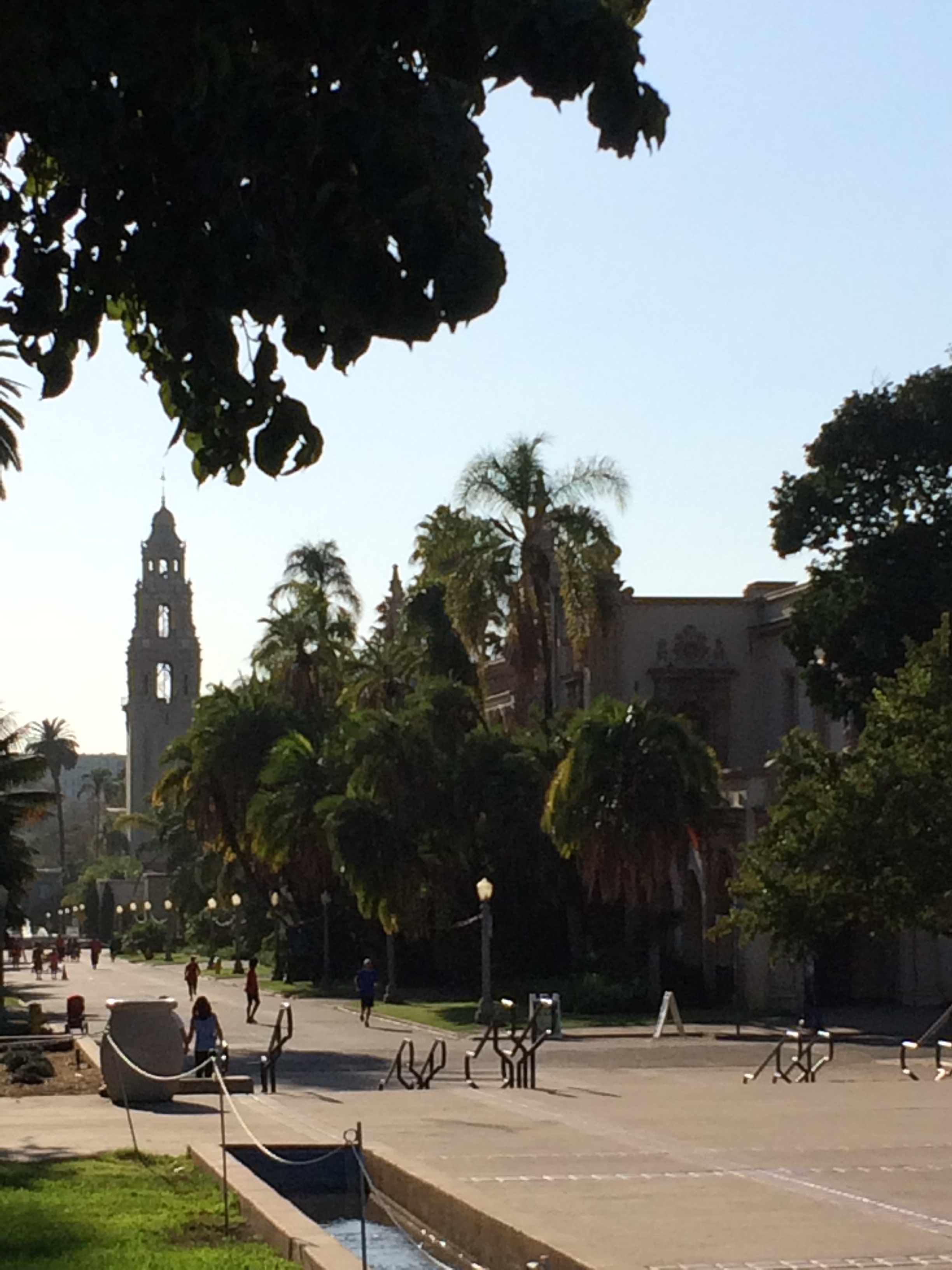 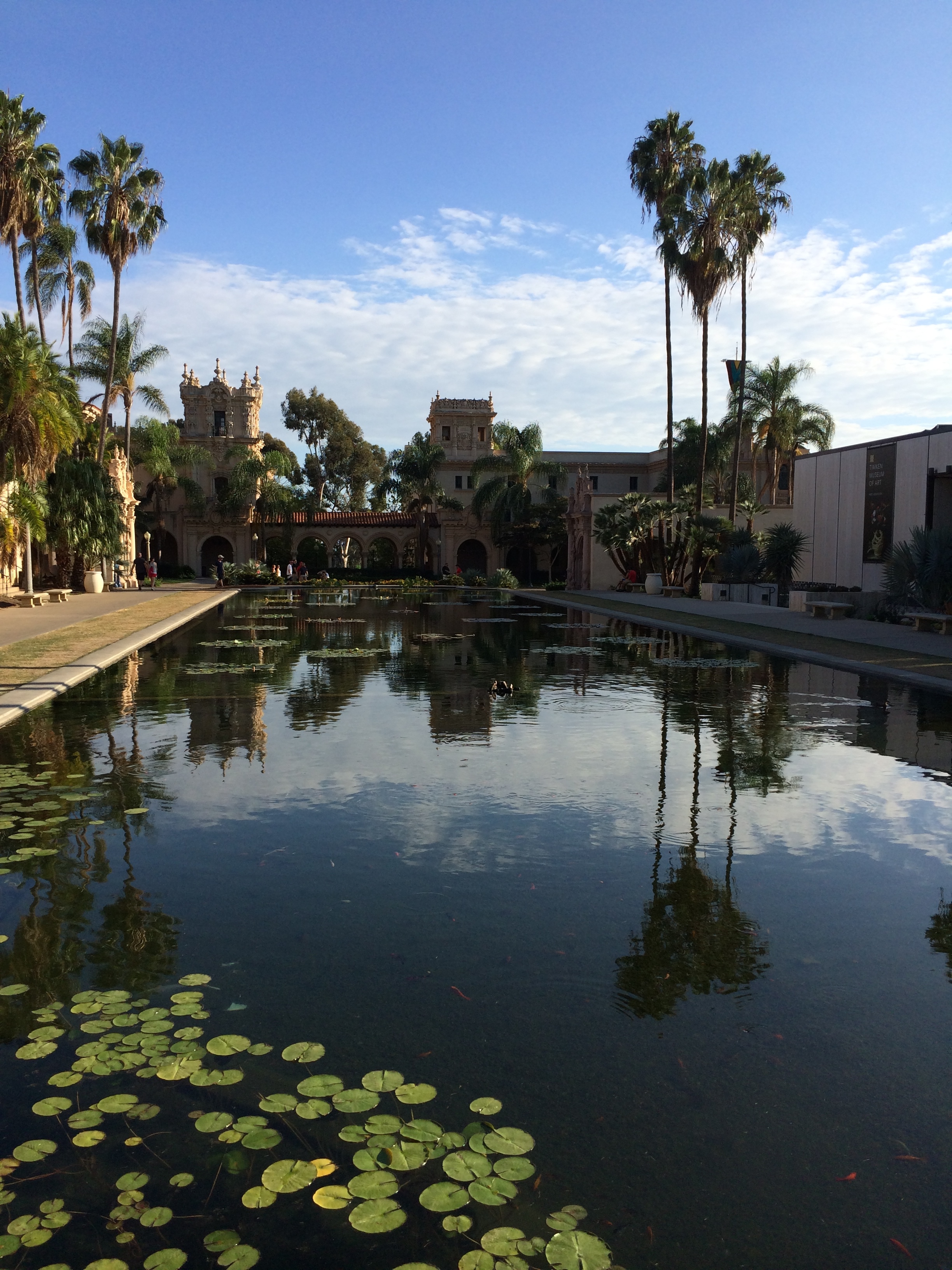 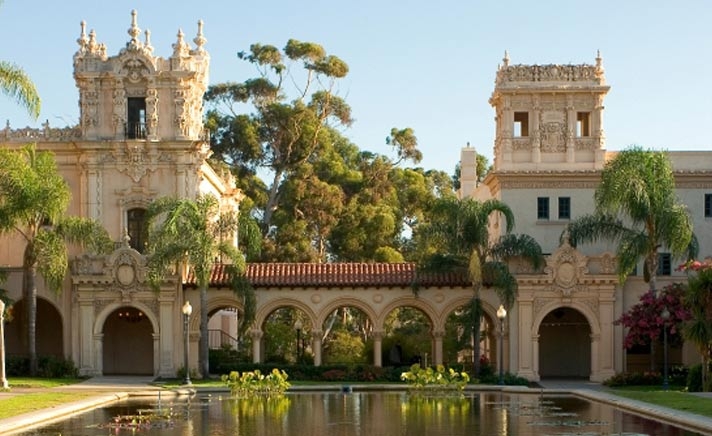 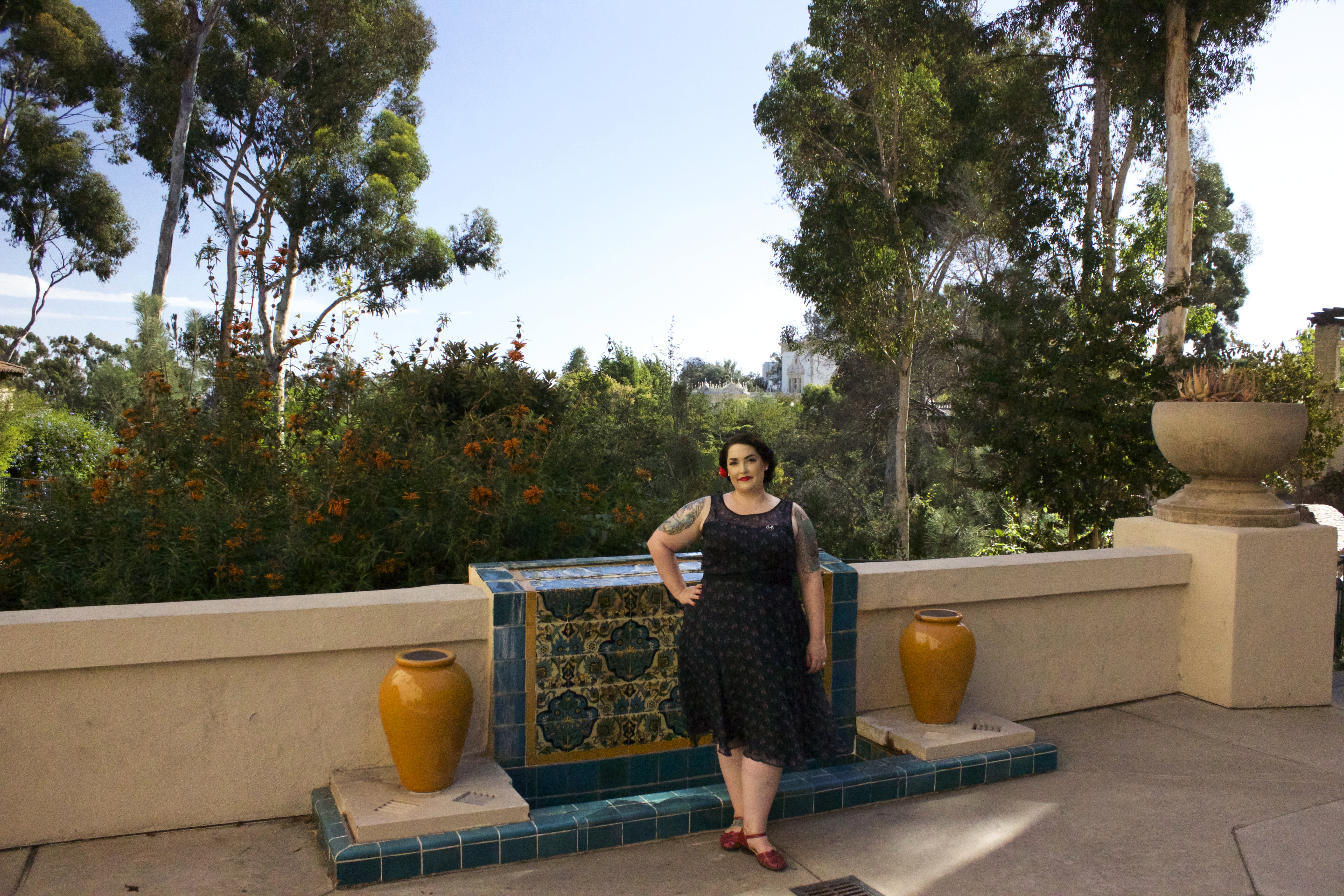 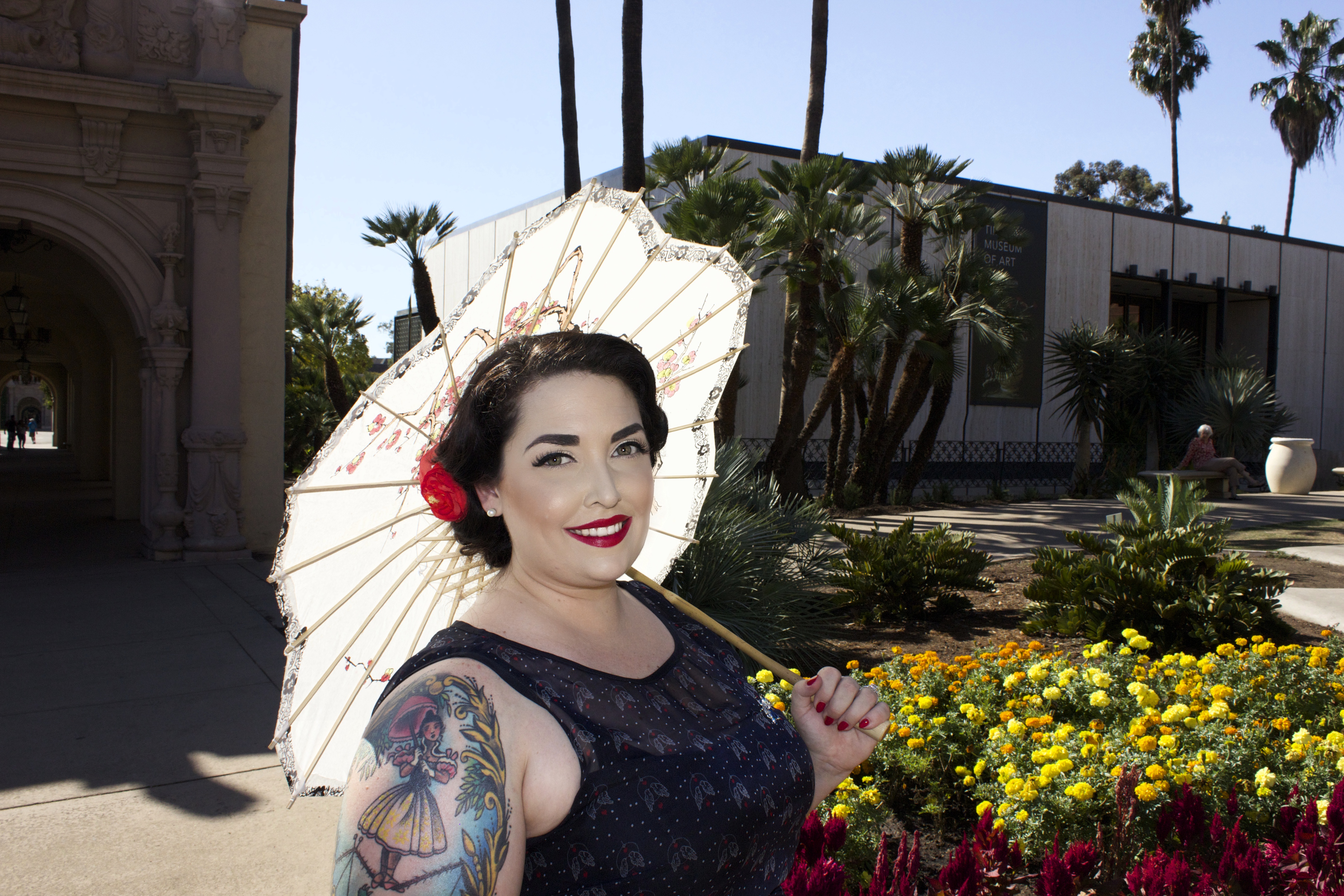 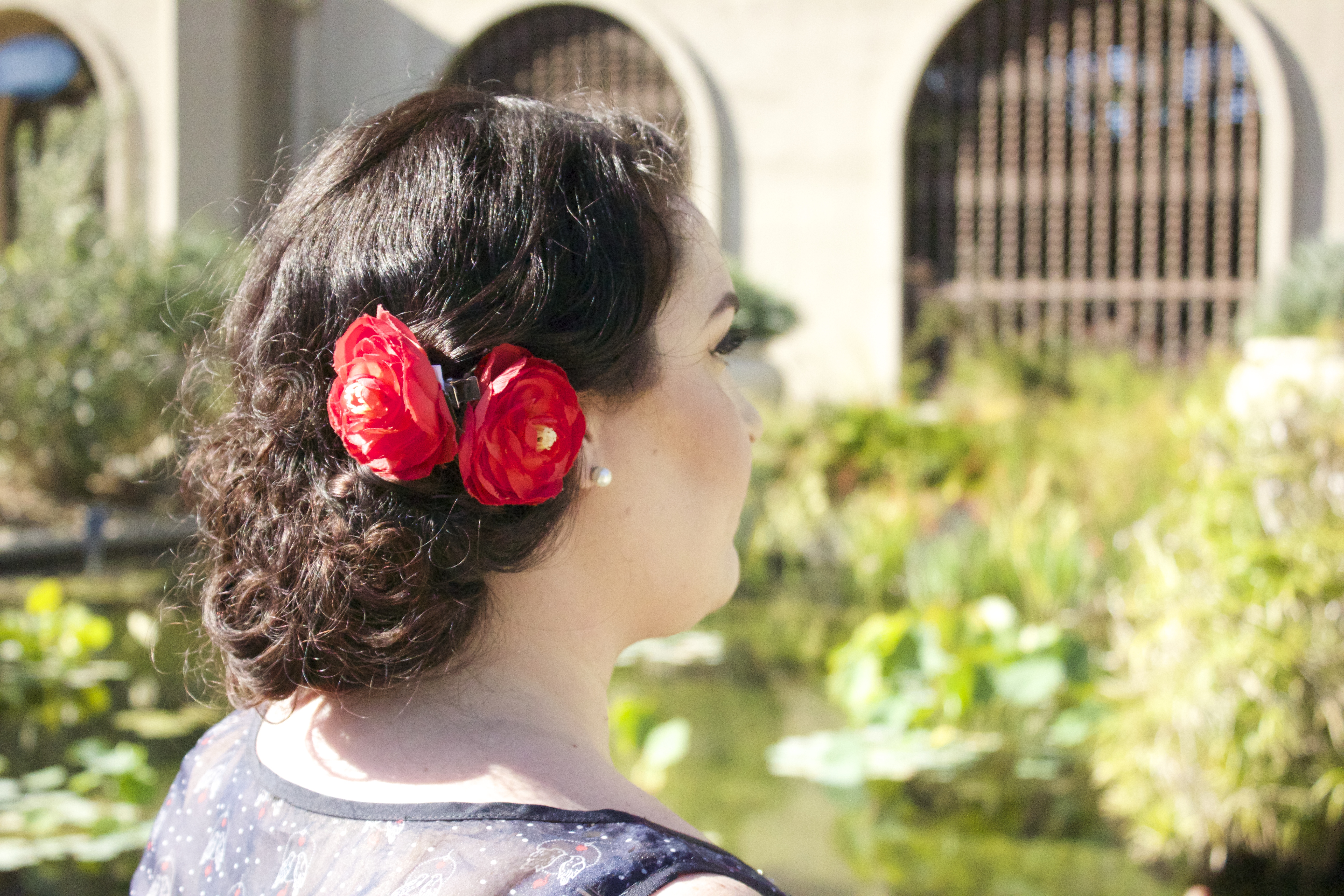 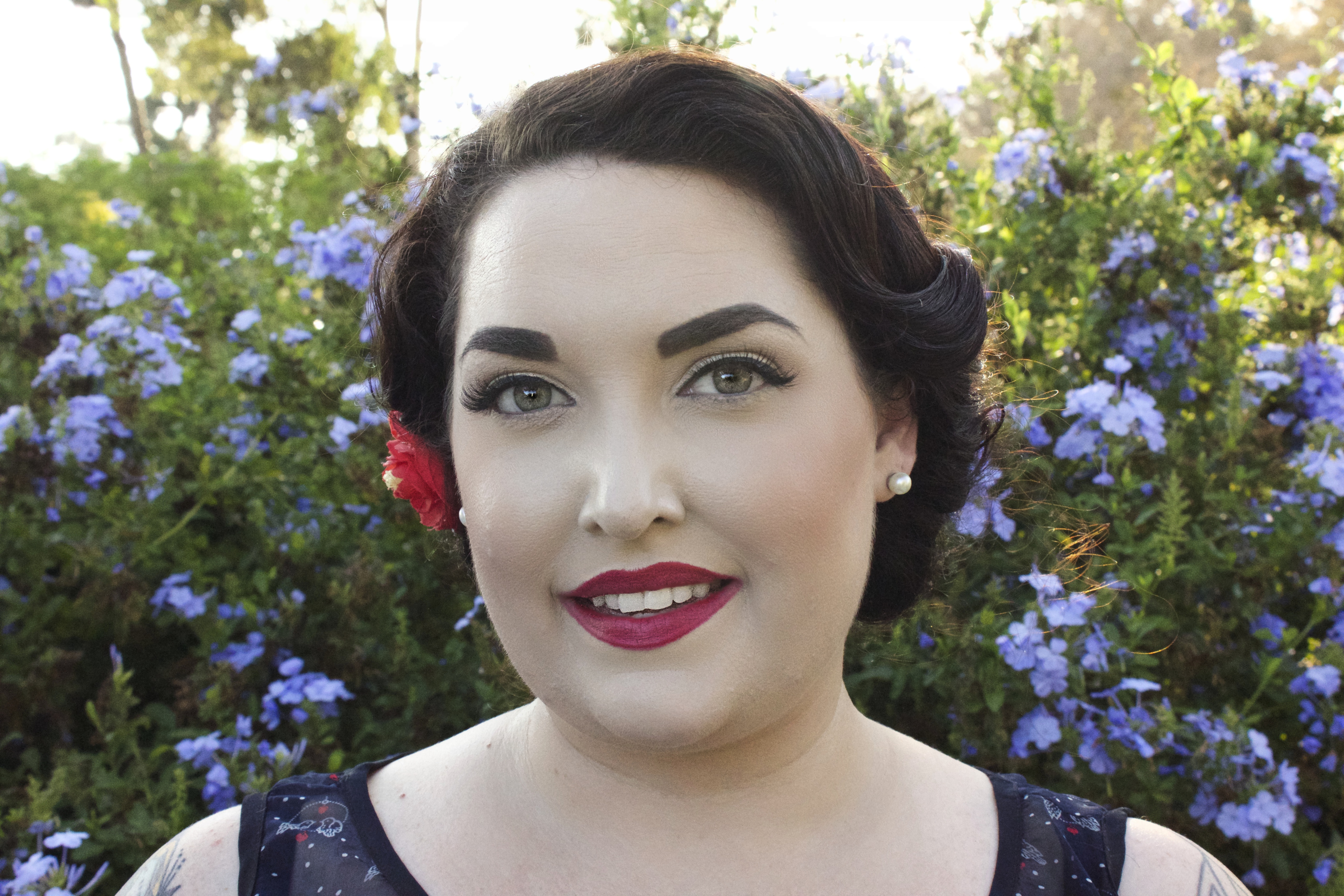 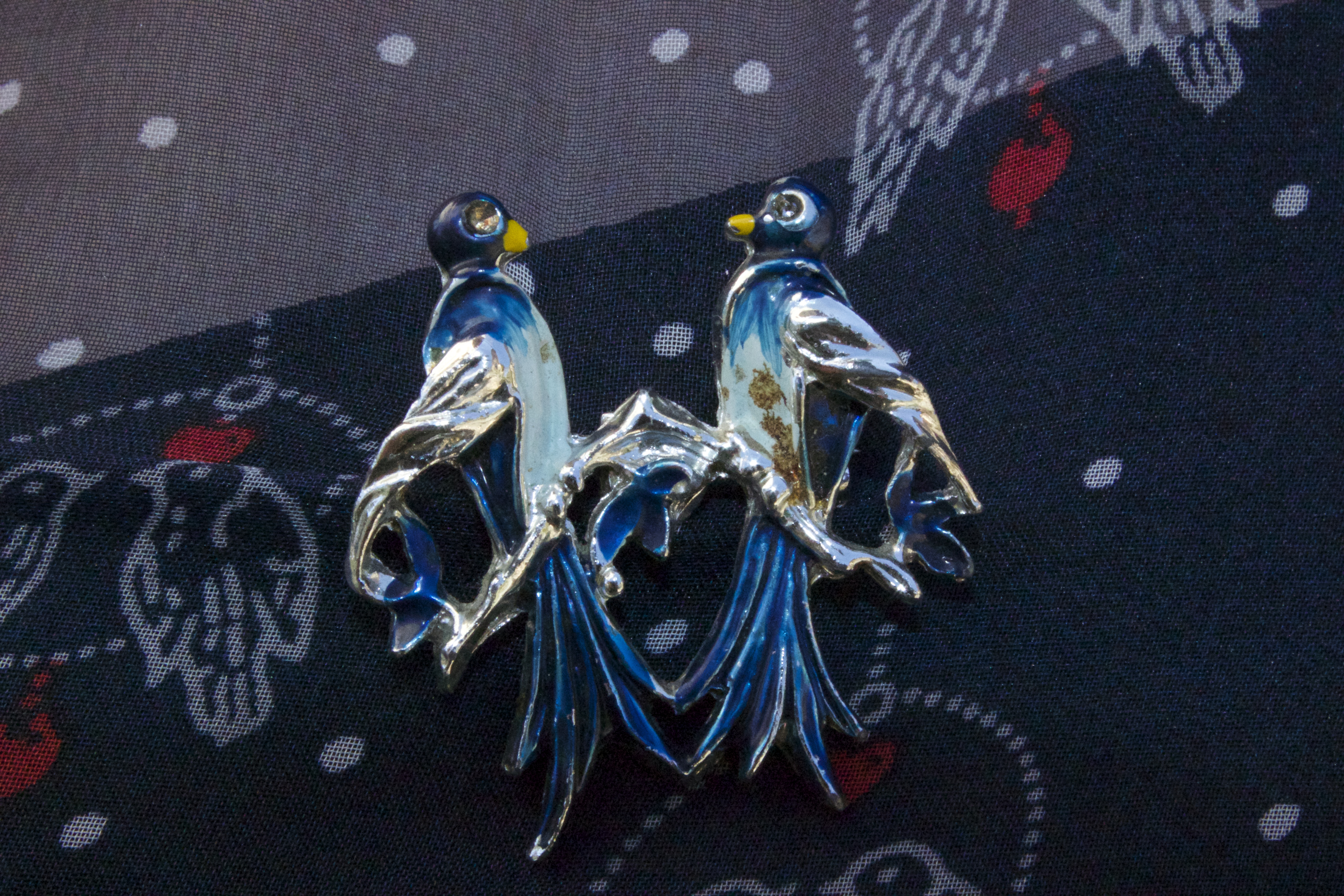 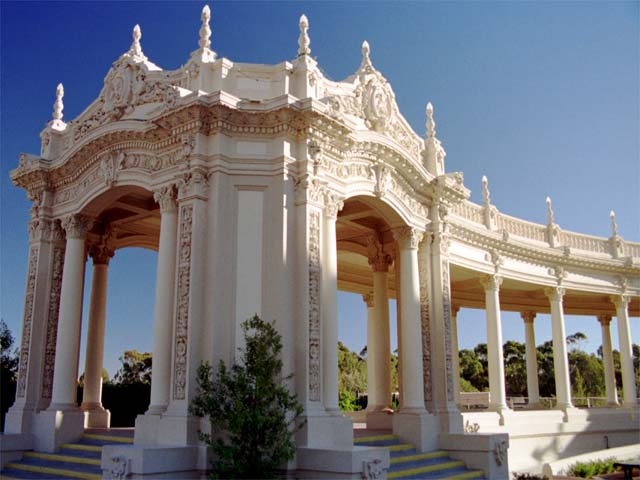 On our final full day in San Diego, we spent time with friends, ate Mexican food (which I desperately miss), went vintage shopping and just soaked up the warm beautiful weather. This dress is the embodiment of San Diego to me. 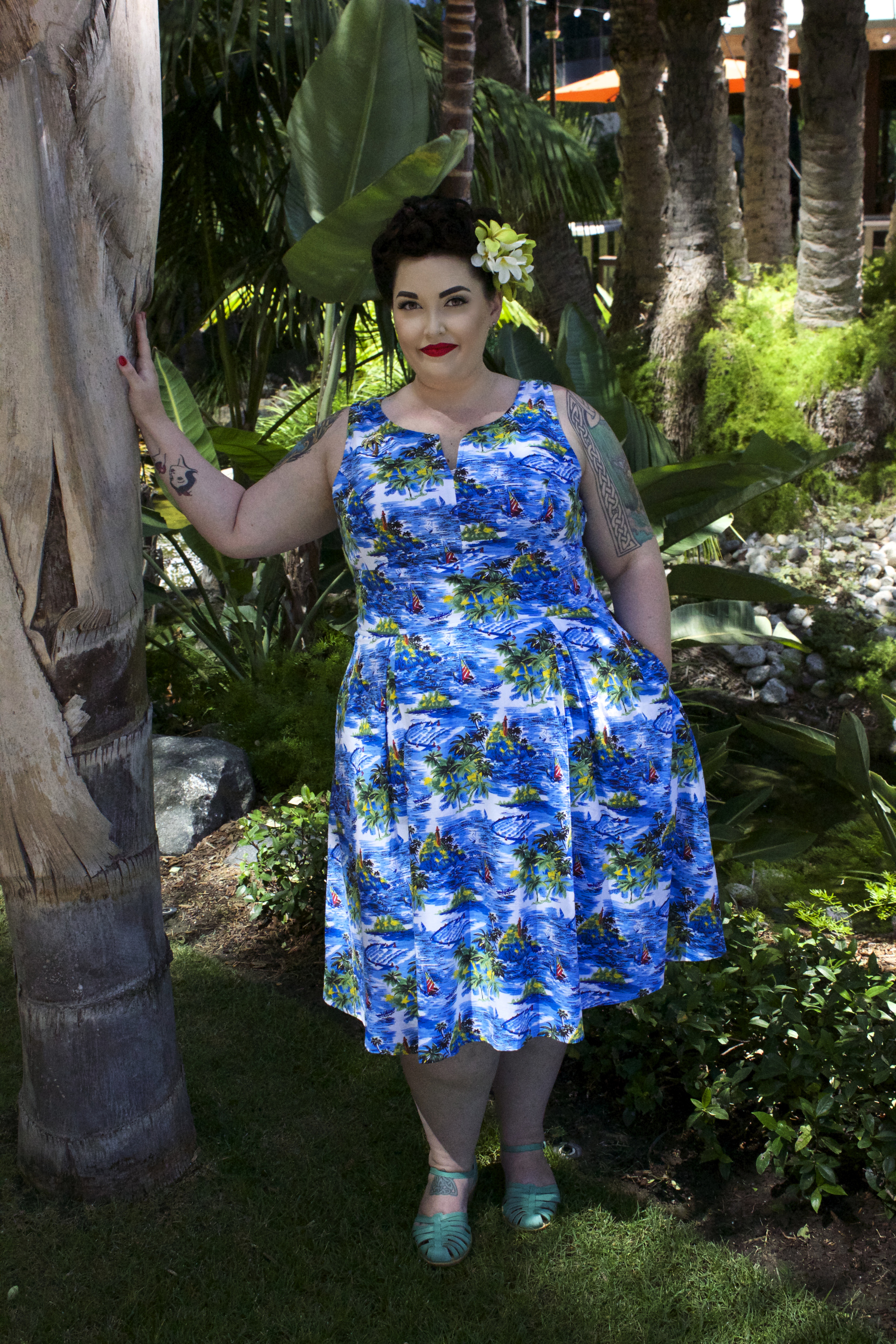 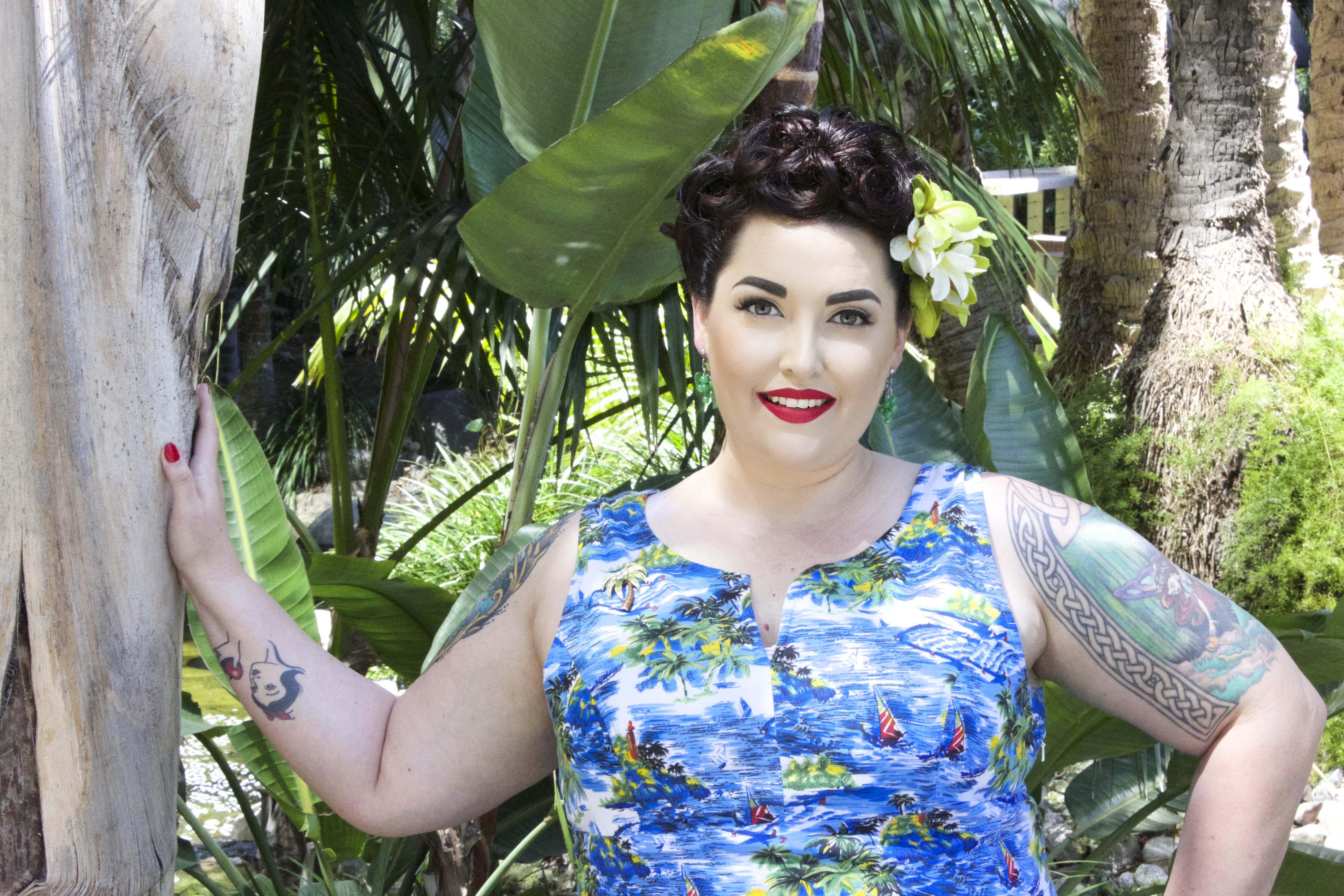 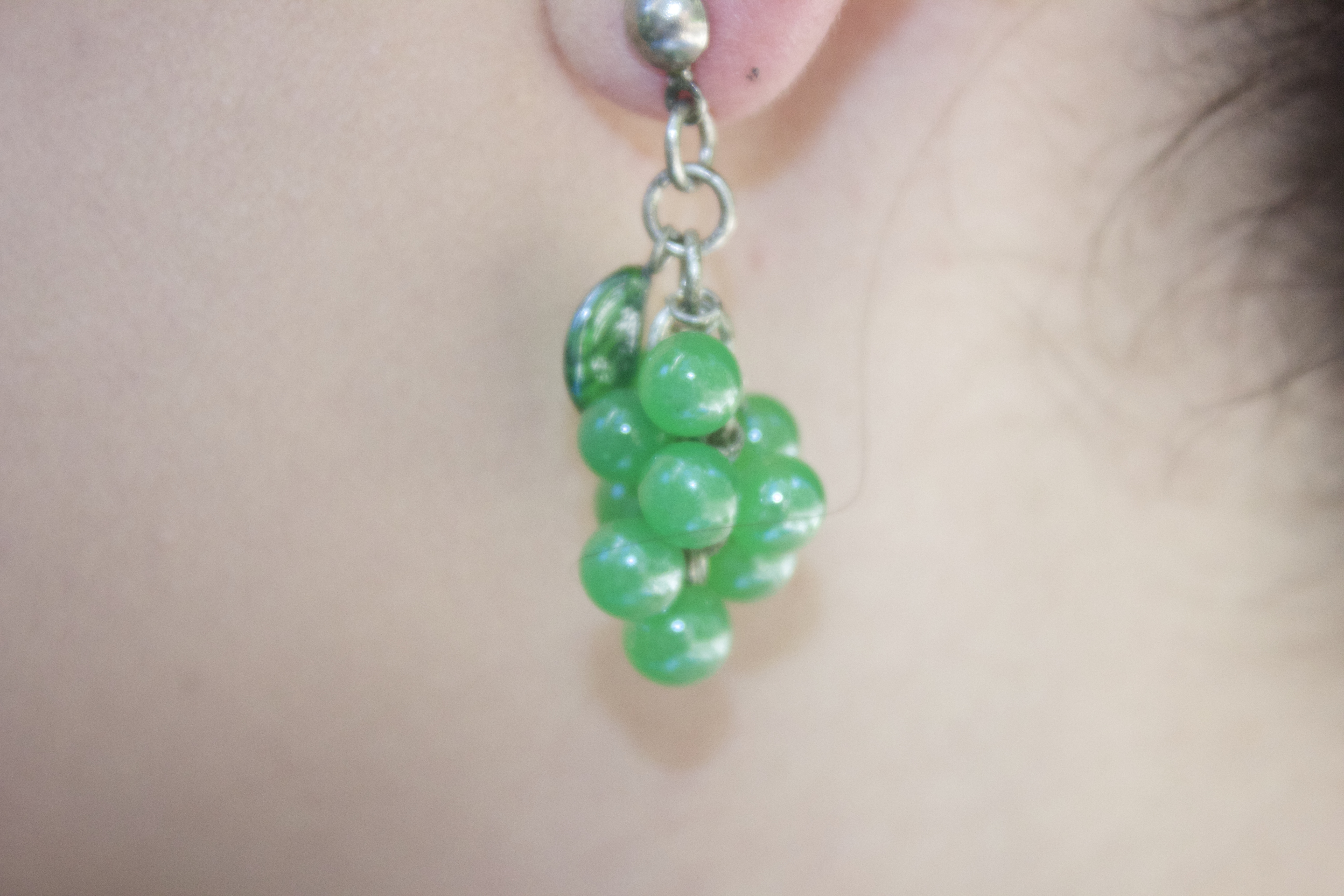 Now I’m getting ready for my next adventure…..Germany. I hope you will join me in that experience as well. 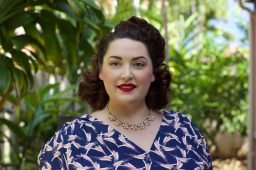 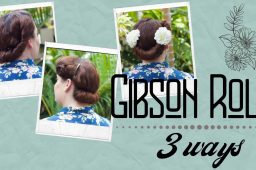 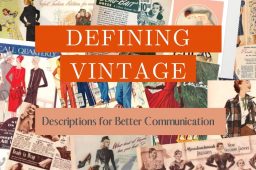